Fastest Guy in the Sky 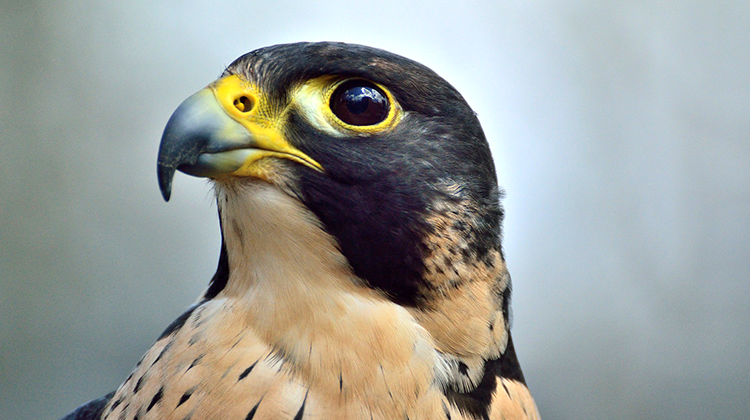 Hello, Reader. Meet the Peregrine Falcon: The Fastest Guy in the Sky! This dude is seriously quick and can reach speeds up to 240 mph. That's so quick. I definitely couldn't run that fast, or anywhere close! So imagine this, Reader, it's high noon, you think your little gang can just storm into town and walk around like kings, taking whatever you please. Boy do you have another thing coming, dumbass. A being flys over your head at a speed faster then you could previously conceive (and are still having some trouble conceiving) and lands 30 paces in front of you. He's wearing a big white panama hat and he keeps the brim low so you can't see his eyes. The light brown leather of his holsters caresses the flawless white ivory hilts of his twin revolvers. On each gun there are tally marks chiseled into the grips; you shudder to guess what they count.  He takes a step forward and his heavy boots create a small cloud of the powdery sand that covers the top layer of road. He takes a slow drag from his cigarette before casually tossing it aside. He raises his head, forcing you to meet his gaze. Staring into his eyes feels like staring into the eyes of the devil himself, and for all you know, you may very well be. He knows what you've done. You realize what he came here to do. He is the hammer, you are the nail, and there's nothing you can do but accept your punishment. His hand shoots to his revolver at 240 mph and in one fluid motion it's aimed straight at your heart. He breaks the crushing silence, that once filled the air with a dense tension, by squeezing the trigger and sending a bullet straight through your heart. As he re-holsters it he almost teleports to your side (because he was traveling at 240 mph) as you lie there bleeding, knowing that this is the end. You don't have anything to say. You know why. You knew the second you saw him it would come to this. He leans down as if to speak to you, but watching you bleed and gasp for breath reminds him of what you are. Without a final glance he leaves at the speed of 240 mph.