What In God's Name Is Up With Dodo Birds?

Salutations, Reader! I'm hoping you've gotten married or at least proposed to a stranger on the street since we last talked/ I last mentally strapped you to a chair and forced you to read these fucking articles. New topic this week, as always, and today we'll be learning all about what the hell happened with those darn Dodo birds. These silly birds have so many intricacies that it's insulting we dare try to unravel them, but we sure are gonna try anyway! Without further ado, let's discuss these funny little feathery friends!


The Birds That Defied The Sanctity Of God
Existing before the universe, the creators of God Himself, and plague the world until 1681, the Dodo bird is not exactly what you'd call... let's say... wanted in the ecosystem. But they were there, so it's my job to know about them. The easiest way to do this is like a timeline so buckle up your seat belts, you're about to see through time, starting with the first known presence of the Dodo bird. 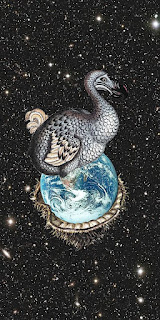 Notable Specimens
Some Dodo birds were more powerful than the others, and seeing as they were already pretty powerful, we should probably tell you about them: