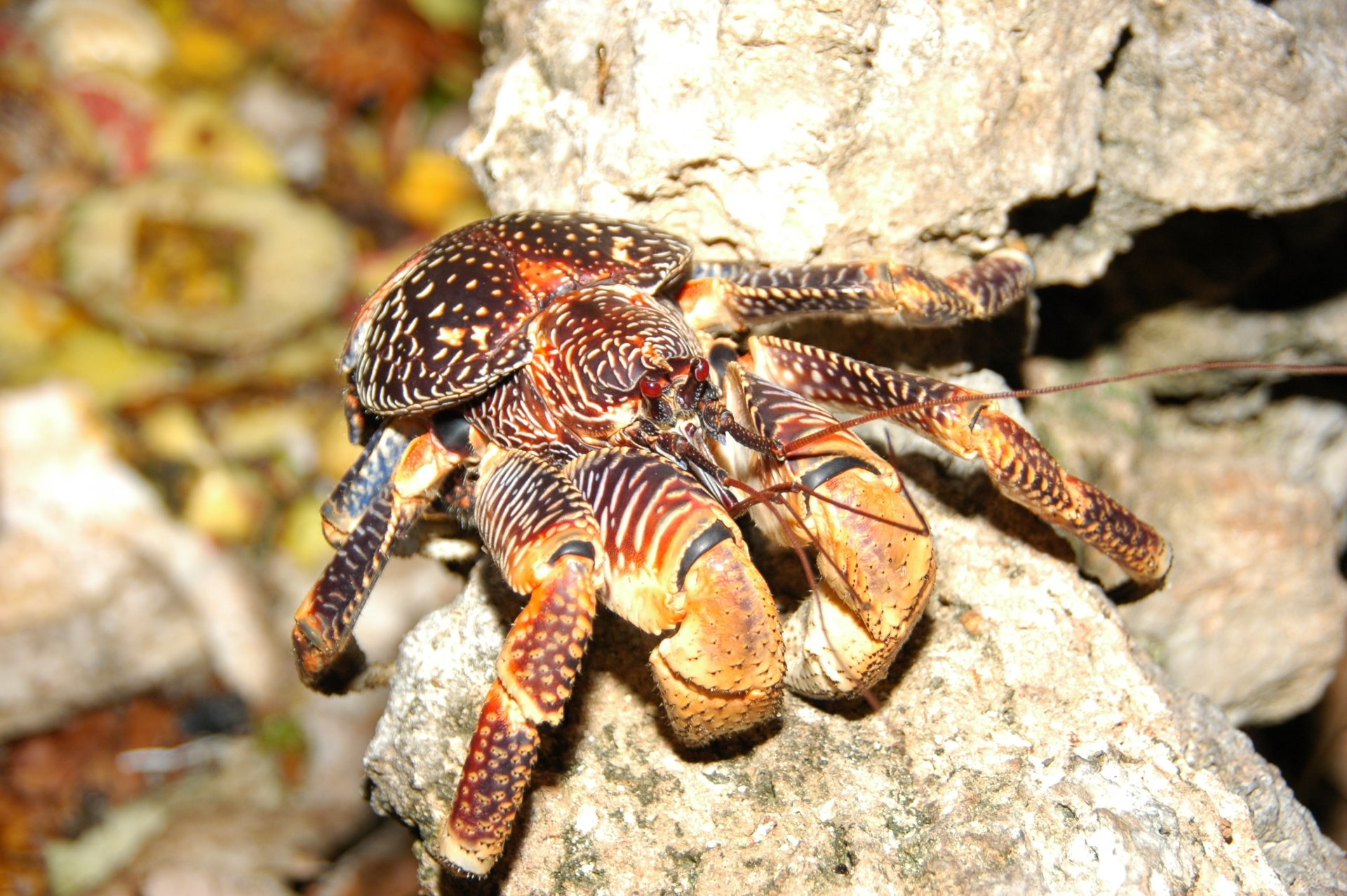 Hello, Reader. It is with great pleasure that I present to you the second ever Crab Review here at The Bird Inspector. My original intent was to release one of these every month and clearly that never happened, but hey if I always stuck to my original intent I would've only had the one wife. Well Reader I'm sure you don't want to, or even have the time to, hear the tales of all my wives, present and past, so without further ado and minimal additional comments about my wives, let's continue.

The first category I like to rate these crabs in, simply titled "Combat Prowess", assess a few aspects about how the crab fights and from this score multiple things can be inferred. Mainly how much ass it kicks on a scale of 1-10. 1 being very little ass and 10 being a large amount of ass. These guys specifically are known to not fuck around. They have no natural predators except other coconut crabs, which is pretty metal, they have huge claws which can exert a force of 742 pounds, and have been known to fight, kill, and eat birds, cats, tortoises, other crabs, rats, and even pigs. It is also theorized, but not proven, that they may have killed Amelia Earhart.
A strangely impressive resume that has landed them with a perfect score in this category.
10/10

This category is a little more vague than most, but still holds relevance to the system as it assesses the basic financial assets of their species as a whole. Which in the case of the coconut crab, and less importantly, but still would've been nice to know before I married her, my second ex-wife, is pretty abysmal. Most of these crabs have nothing more than the shell on their back and a few coconuts. Absolutely terrible.
2/10

Now the shells on these guys are non existent, Reader. They are purely an offensive oriented animal and have no use for them. Which is pretty cool, but still fundamentally pretty stupid considering that they're crabs.
1/10

Well to be blunt with you, Reader, the eyes on this crab suck. They are just not very good for seeing. The crabs mostly rely on vibrations to be able to tell where the fuck shit around them is. Which is again, cool, but if you have eyestalks, you should really be getting more use out of them.
6/10

Now, Reader these crabs only really have one game, and it involves eating shit, getting big, and getting huge fucking claws. What they do with these claws is mostly eat coconuts which is, in my opinion, a little anticlimactic, but it's pretty cool I guess. Plus having such powerful claws is what solidifies them at the top of their food chain, which in the animal kingdom is the part of the food chain you really want to be at.
9/10

The current standings for best crab:

This article was written by Jacob Brewer. If you would like to know more about the authors please navigate to the About Us page.